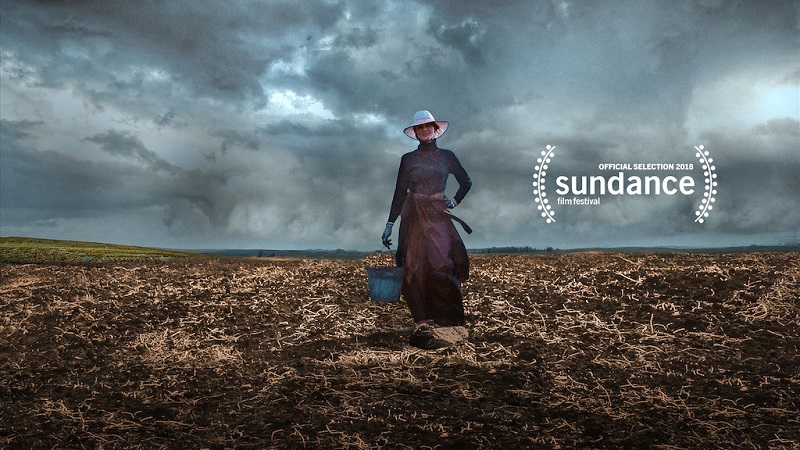 Our Story at Sundance Film Festival

A couple of days ago, Sundance – one of the significant and most prestigious festivals in the film industry, came to an end. Sundance has gone through many changes since its inception. It all started several decades ago with an idea born in one famous actor’s head. Today we will tell you the story of Postred at Sundance Film Festival.

It all started in 1978 when the Utah Film Festival was founded with Robert Redford’s initiative. At the Festival, 60 independent films premiered until 1981. Over the following three years, the event had a different name – U.S. Film and Video Festival. Sundance acquired its ultimate form, meaning, and title in 1984, and it represents a true celebration of independent cinema till now. The Festival’s name comes from the legendary American cowboy – Sundance Kid, who was embodied on the screen by Robert Redford. During its nearly 40-year history, the Festival helped independent filmmakers to present their work to the world. Filmmakers from all over the world come to the snowy Sundance Resort annually. Some Georgian directors make their history at the Festival, and we will tell you more about them below.

“The reason I started Sundance was because I felt that the mainstream was completely controlling the exhibition. And I just felt there were a whole lot of other people out there who were talented, who had stories to be told, but they were undisciplined because they had not had a chance to develop themselves”. – Told Redford in a 2017 interview.

The story of Postred at the Sundance Film Festival began in 2018 with the film “The Trader” and continues. “The Trader” is a Netflix Original Documentary by Tamta Gabrichidze for which our founder and sound designer Beso Kacharava made sound design, in addition to the complete audio post-production provided by Postred. Social drama became the winner of the Best Short Movie category. A year later, another Georgian critically acclaimed movie – “And Then We Danced,” that started at Cannes Film Festival’s “Directors’ Fortnight” section, finished its festival life at Sundance in the Spotlight section. Once again, sound design was done by Beso Kacharava and original soundtrack by our composer and co-founder Zviad Mgebry, and complete audio post-production for the popular LGBT drama by Postred.

In 2020, an unprecedentedly challenging year for cinematography, two films that our team has done foley for ended up at the Festival. “A Concerto Is A Conversation” is a short musical about virtuoso jazz pianist and film composer Kris Bowers. “Cusp” is a documentary that won the U.S. Documentary Special Jury Award: Emerging Filmmaker at Sundance Film Festival a couple of days ago. Three years, three films, three competitors – it’s a strike-out, and this is just the beginning. Our motto is “We tell stories,” according to Mr. Redford, the Festival’s goal is to hear ones. 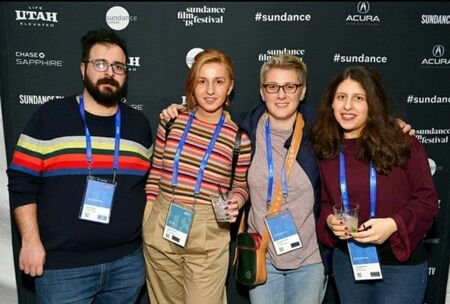 Our team and Director Tamta Gabrichidze at “The Trader” Premiere at Sundance Film Festival, 2017

In addition to “The Trader” and “And Then We Danced,” we will focus on several other works from Georgia. Gela Babluani’s film “13” opened a new page in Georgian cinema’s history by winning the World Film Jury Prize at the Sundance in 2006. Nana Ekvtimishvili’s drama “My Happy Family” fought for the best foreign film title in 2017. Another Georgian female director, Salome Jashi, made it to the Sundance Festival this year, and her film received a nomination for World Cinema Documentary Competition. Georgian cinema is alive and grows reputation year by year. Georgians traced the path, and the abundant snow on Sundance Resort awaits new footprints from our filmmakers.